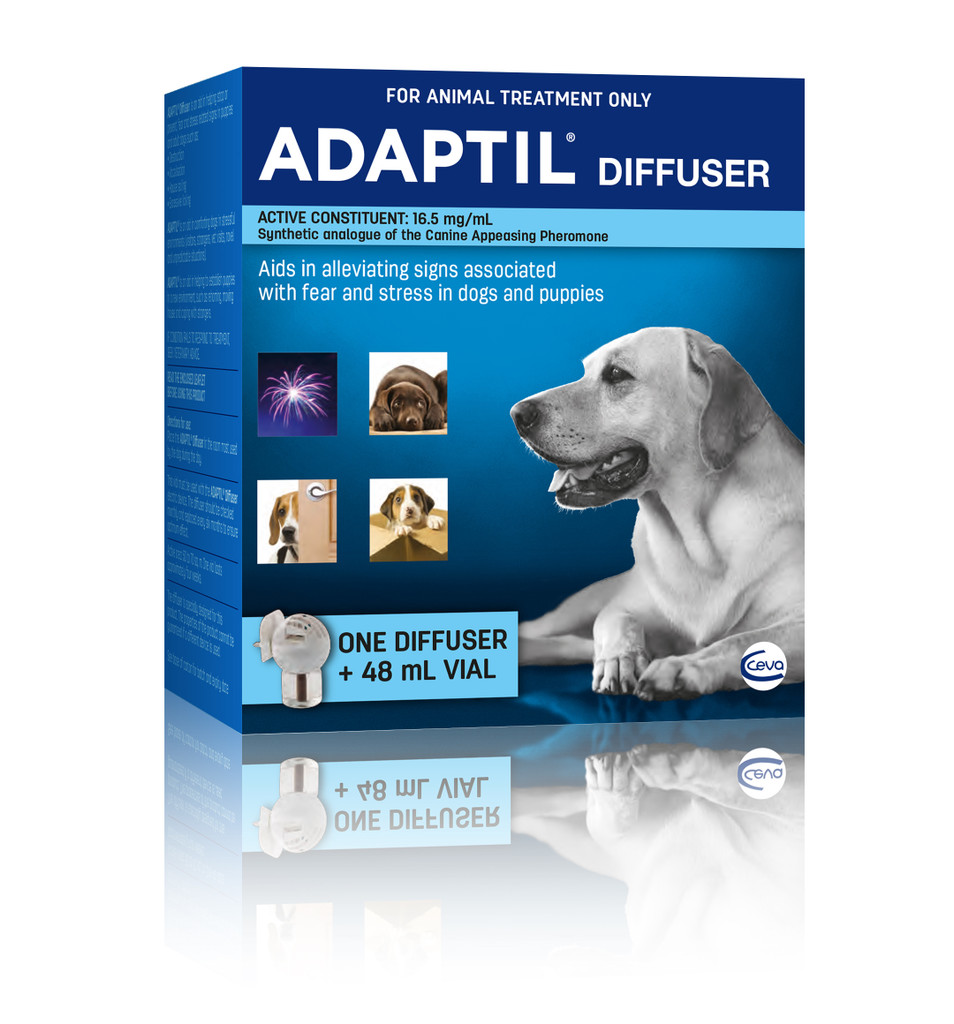 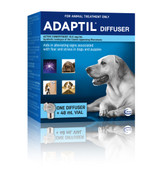 ADAPTIL has a comforting and reassuring role in both puppies and adult dogs.

ADAPTIL is recommended for the control and management of fear and/or stress-related behaviours in puppies and adult dogs including separation anxiety, destructive behaviour, vocalisation, house-soiling, hypersalivation and excessive licking, sleep disorders, feeding problems and phobias such as fear of thunderstorms.

ADAPTIL can also help dogs be more responsive to behavioural therapy and training.

ADAPTIL Calm Home Diffuser aids in alleviating signs associated with fear and stress in dogs and puppies. These stressful situations can include:-

this is an awesome product

Dog much more relaxed not afraid of being alone now

My Maltese was soiling often inside . With the diffuser have seen fantastic improvement. Will be using this all the time .. really works

I used this in the laundry so it was an enclosed space, when we went out to dinner and put my monitor on. For the first time in 3 months my puppy settled and did not cry the whole time. Finally a product that works.

Charlie came into our home when he was 5 months old. He had had a very stressful life and was filled with anxieties. Toileting indoors because he was too scared to go out incase we shut him out. Going frantic when the phone rang, mobile or landline, and running in small circles for ages. So we tried the Adaptil deffuser. Within days there was a marked difference in his behavior and he has continue to improve. I am glad that my friend told md about this product. Little Charlie is a super little dog.

I am very pleased with this diffuser. My dogs often have a visiting dog come to stay for a few days and I have noticed with the use of the plug in diffuser they all seem more at ease and happy.

My Maltese cross shih Tzu has been experiencing separation anxiety and I bought the Adaptil diffuser set and spray to calm him. Since using the diffuser set and spray I have noticed a huge difference in his behaviour. He used to wake me up numerous times during the night and now only wakes me up on the odd occasion. If there is a storm I will spray a little bandanna that I have for him and this relieves some of the stress. I have a much happier pet thanks to these products.