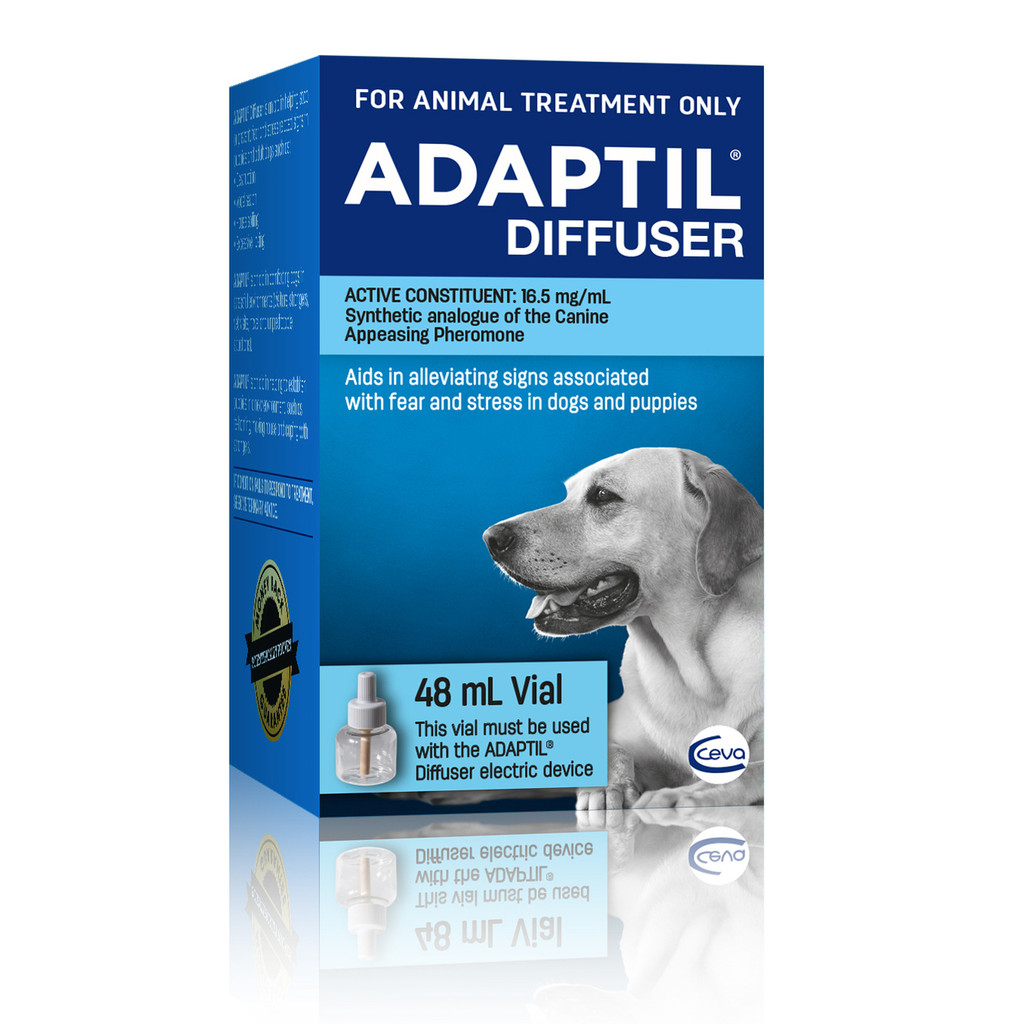 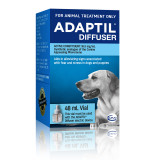 ADAPTIL has a comforting and reassuring role in both puppies and adult dogs.

ADAPTIL is recommended for the control and management of fear and/or stress-related behaviours in puppies and adult dogs including separation anxiety, destructive behaviour, vocalisation, house-soiling, hypersalivation and excessive licking, sleep disorders, feeding problems and phobias such as fear of thunderstorms.

ADAPTIL can also help dogs be more responsive to behavioural therapy and training.

ADAPTIL Calm Home Diffuser aids in alleviating signs associated with fear and stress in dogs and puppies. These stressful situations can include:-

Our Molly can get anxious, so we use this in laundry where she sleeps overnight, it really helps her calm down and sleep.

Have used it with success to calm our Maltese Shitzu during thunderstorms but have just found it invaluable in helping to calm our new Kelpie rescue dog.

I have a little dog who gets very nervous wih almost any noise. Adaptil was first recommened by the vet to help with anxiety when we were going away. The adaptil helps her to relax I now have two of them in tge house, she seems calm.

Don't know how we lived without it ! My dog is so much calmer now!

I use this with my Cavoodle as she hates being alone. Whenever it runs out, she's starts to scratch and chew stuff, I recommend buying several at a time!

I love the spray for my four woofers. Especially when there are storms and fireworks a spray around bedding and it settles them. Only wish it come in a bigger size. So happy with the delivery and service from Pacific Pets too.

Really good piece of kit, which helps calm my dog down especially with anxiety, believe it helps other visiting dogs too.

We have a 5 year old silky terrier who as the behavioural vet puts it is 'chemically unbalanced', this stuff is amazing. She is on Prozac to try to calm her as well as herbal spray in bad cases. But this has helped immensely with her nervousness. As soon as it runs out I can instantly tell the difference and replace the refill bottle. Very good stuff. Also Pacific Pets are so professional, quick and easy to deal with!! Well done

Great for helping puppy settle in

This product has helped our new puppy settle into her new home so she no longer cries at night and is adapting very well to her new environment.

Terrific product for my dogs anxiety.

The Adaptil diffuser has worked well for my dog's anxiety problems. She has been much more relaxed and calmer since I started to use this product.

This product has stopped my dog from urinating in the house.... He seems much more relaxed!